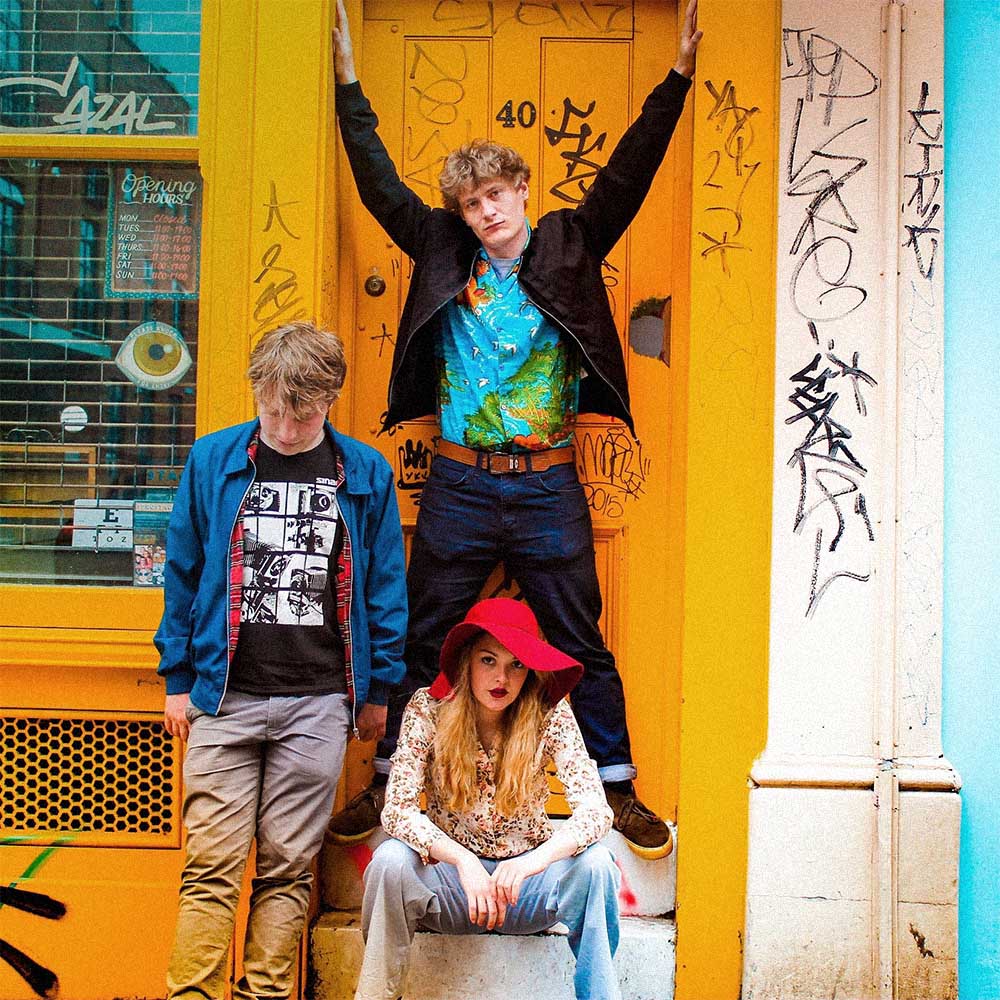 Bursting on to the scene in 2018, DIY disco trio Patawawa have quickly gone from staring at the reflections of car lights in the puddles of their hometown’s high street whilst dreaming of the bright lights of Downtown Manhattan to hearing their songs on the radio and selling out shows up & down the country.
Picked by NME as ‘Ones to Watch in 2018’ before their debut EP had even been released, the Matlock band more than lived up to that promise. Delivering track after track in 2018 the band soon found favour with the likes of Huw Stephens, Tom Robinson and Lauren Laverne, were tipped by the Line of Best Fit, The Guardian, DIY & Clash and saw their million streaming single ‘Patagonia’ spend 6 days atop the Hype Machine charts.
The band took their exuberant live show on the road, completing their first headline, and sold out, tour of the UK and winning over thousands of new fans at some of the summer’s biggest festivals such as Bestival & Tramlines.
Following ‘Wires’ and their EP ‘Paris, London, New York, Matlock’, Patawawa now unveil a new music video, which captures all the madness of the night, as well as the thrilling energy of ‘Never Been Better’. Director Nic Ferguson-Lee painstakingly used a stop-motion animation technique by shooting the band all over London at the end of their first full UK tour last year. Several hundred shots were printed onto standard A4 paper before being ripped up & edited together. Several domestic PC printers gave their lives in the name of art…