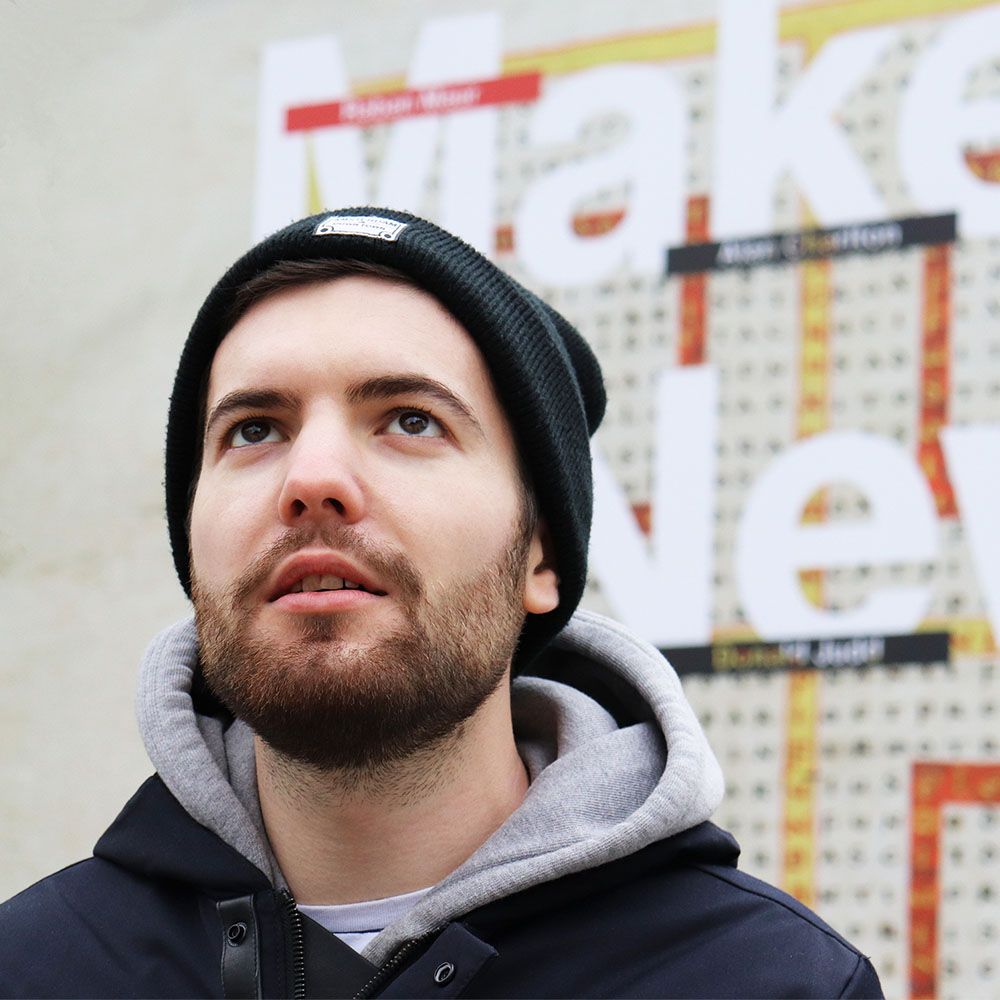 At the end of a year rich in accomplishments, 2019 is already looking just as promising for the French Nu Disco artist LOG. We had a chance to sit down with Thomas to discuss about his project, releases, production, and of course his year 2019.

Hi Thomas! First of all, can you tell us more about LOG?

Hi Sidekick, thanks for having me! Well, I started to make music 10 years ago and more officially with the first releases under the LOG alias in 2014. I would say my music is influenced by of the house music of the past 30 years: discoish, funky, groovy, electronic or garage… I’m no really into a specific genre anymore. At the beginning, I was 100% into French house and filter things. Now, I discovered so much styles I want to work on, not only within the house music kind of range. I would like to become a music producer with a personal touch, in many styles of music. I consider my “house music work” as a first step in my production journey.

This year, things definitely accelerated in a very tangible way. 2018 has been really special, a year of “premieres”: a first solo EP on Loulou Records (Kolombo and Loulou Players’ imprint), a first release on the legendary NYC label Nervous Records, a first gig in Paris… A pretty busy year! Most of all this year, I realized that I could make nothing else than music, that’s why I decided to quit my job and dedicate my life to become a professional music producer.

For the first time, I got in touch with artists and producers I love, like Laurent Garnier. I never expected to have feedbacks from them, especially in the “jungle world” that is the dance music industry. I also realized that a self-release track could bring sometimes more feedbacks than an “official” release: my free download track “Robespierre” has been premiered on YouTube channel Houseum and has collected nearly 80k views and many many good feedbacks. It worked in the same way for the track “Wonderland” I made with Martin Alix and released as a free download on the Parisian imprint Increase the Groove, premiered on the YouTube channel Novaj. In the Internet-age of music industry, the distribution model is becoming more important than the record label itself as artists need to build close links with this kind of “premiere” channels.

Tough question!… I guess the track “Burnin” might be the more important and significant release so far. Nervous Records is one of the most legendary labels in house music, it was felt like a big step. And the track gathered several of my music influences, with a 80’s boogie sample, a deep house warm beat and a groovy bassline. The production of the track was really fast and fluent. I also realized that I don’t have to “fight” against music systematically to finish tracks. If I don’t succeed to find ideas on a tune, that’s fine, let’s work on another one and get back to it afterwards. It’s made my workflow so much more effective… and easier to live.

On January, I’ll start a full-year training in musical production at Abbey Road Institute Paris, to improve my skills and be ready to work on professional studios. I know I won’t have a lot of time to work on my solo projects. So since last September, I’m preparing 2019 by making a lot of tunes and signing tracks on different imprints. The first step next year will be the release of a new solo EP on clipp.art, a really good upcoming Australian deep house label. The two tracks on this EP will be more “housy” than ever, with 90’s vibes and many musical winks to my influences. I really worked hard on those two tracks, so I hope they will find their audience! I also worked on a bunch of original tracks that will be released in the coming year, but it’s not yet signed so I prefer to keep it secret… I also have some unofficial remixes and edits in my bag, I hope I will have enough time to properly finish them.

I hope I’ll have more gigs in Paris next year, I think my music is now closer to the Parisian tastes. I got in touch with several local musicians crew, so I’m convinced I’ll have more opportunities to play live. But I don’t really consider myself as a DJ, so DJ gigs are more like “bonuses” for me, just for fun and play music I love.

What single night out has been the most memorable for you? As a DJ?

I got my first DJ gigs in 2016, so I don’t have that much experience! But the most memorable night took place this year at Ground Control Paris, with my groove colleagues Martin Alix and Gaba, who also have signed pretty good tunes on Nervous Records. We played on a true plane cockpit and we didn’t have a lot of space to move (my head still hurts!), but both the atmosphere and the crowd were really cool!

…and as an attendee?

In 2011, I attended to the Pedro Winter’s “afternoon party” for the Nuits Sonores festival in my hometown Lyon. The lineup was insane: Gesaffelstein, Joey Starr, Busy P himself… and DJ Mehdi. It was the second time I saw him live, it was a few months after the release of the two “Carte Blanche” EPs on Ed Banger. Mehdi was literally on fire, every tune he played was a bomb, and the crowd became crazy when he dropped “Gare du Nord”…

Are you able to share any of your secret tricks with us?

Well, not sure this is a secret trick, but when it’s about music production, you have to keep your music simple and effective as possible. When you start producing, you could sometimes think that more layers you put, more your music will be better. It’s a common mistake, the best tracks are often the sober. But that doesn’t mean you have to rush your job: every element in your track has to be polished and well-defined. That’s a technique I learned a long time ago, from renowned producers like Joachim Garraud, but it took me a while to understand it. The key element in your track is to find a main good idea: keep it simple as possible, don’t waste it with a tons of effects you don’t master. The best tracks always sound obvious and authentic, people need to listen your artistic value and not only your technical skills. The EDM decade turned the dance music production into a loudness war,  it was sometimes difficult to hear musical authenticity or originality. But for 3-4 years, a lot of projects have emerged and brought back a deep sincerity in their music, people like Detroit Swindle, Black Loops, Coeo, Folamour, Brame & Hamo… They create quality tunes by respecting our roots and where the dance music comes from.

Bonus question, what makes a good party for you ?

40% good music, 10% charismatic DJ and 50% close friends: now we could talk about a perfect party!