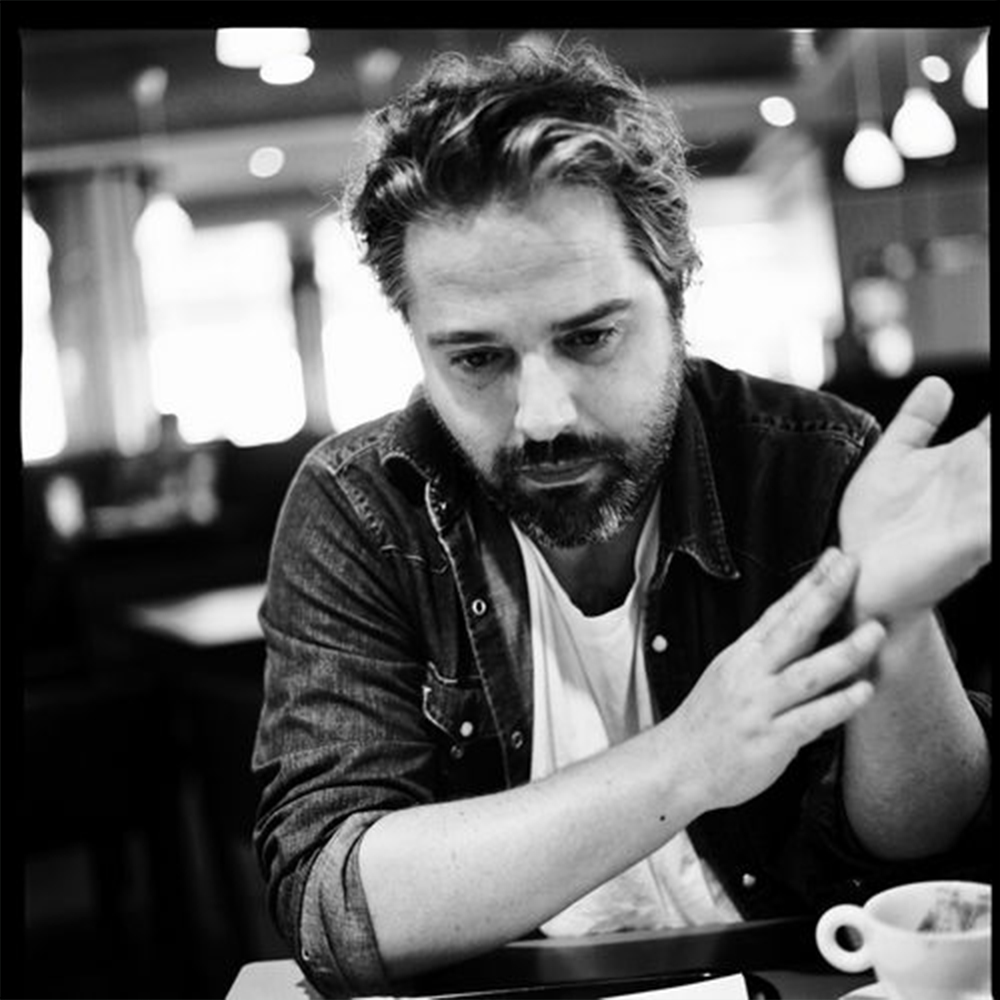 After a few years of silence, Alan Braxe is back with an immersive new sound centred around a newfound love for modular synthesis, ‘The Ascent’ EP on his own label Vulture.

Utilising a reconnection to the fundamental principles of his earliest work, he is equipped with a reinvigorated feeling of focus & inspiration by concentrating on a few select pieces of hardware and gear. Although stepping away from the standards of what many refer to stylistically as “French Touch”, his first dive into the modular world has allowed Alan Braxe to progress towards a new realm of musical composition, one which has given him the pleasure and freedom to appreciate and cultivate the excitement of total artistic autonomy, as it was when he started making music over 20 years ago.

Across the four-track EP he masterfully uses his minimal setup to create varying deep moods. The constantly moving arpeggiated progressions in “The Ascent” parallel the title itself, as it’s rising and falling dynamics tell a rich story. Whilst “Words” brings a playful synth progression together under vocal harmonies and computerised vocals. “Repeater” is a sinuous, commanding groove that is lively, yet dark and dubby. The record concludes with the alluring ambient composition “Spacer”, where Alan explores the rich contours of a beat-less, yet rhythmic piece of music.

For his return, more than an Interview, Sidekick Music had the chance to meet the man behind classics like ‘Music Sounds Better With You’, to discuss his new EP, music, and obviously get some exclusives about the future. Enjoy!

Hey, thanks for your time! Let’s begin with yourself, can you tell us a bit more about Alan Braxe?

Thanks to you for the interview. Well I started making electronic music in 1996 and never stopped since then. My first release ever, “Vertigo” was luckily released in 1997 on Thomas Bangalter’s label Roulé, and one year later in 1998, with Thomas & Benjamin Diamond, we released “Music Sounds Better With You” under the name Stardust. The song became very popular and is still a dance classic to this day. In 2000 I started my own label, Vulture, which is still existing, with smaller scale classics on its catalogue and also some more experimental releases from diverse artists. I’ve also been working on a lot of remixes over the years, for lots of artists in many different genres, from Beyonce to Test Icicles, Britney Spears to Franz Ferdinand.

After a 6 year-hiatus, you’ve just released your ‘The Ascent‘ EP recently, what a comeback! What’s the story behind it?

Well during this 6 year period I’ve been working on remixes or production work as usual but 3 years ago I also decided to focus on my own music. So I’ve been recording a lot of demos, but I was not really happy with all of them and never found the motivation to push these demos to the final recording stage. In what turned out to be a fortunate event, my computer crashed in the summer 2018 and I took the decision to not replacing it. Instead I’ve downsized my studio to the strict minimum in term of hardware gear, I replaced the computer with an Akai MPC X as the studio center piece, and also took the decision to enter the world of modular synthesis. From there the goal was to record and produce music with the modular synthesizer as the main or unique sound source in the studio. “The Ascent EP” is the result of these experiments.

You’re always experimenting new sounds. Is it important for you not to stick in just one genre?

It’s true that I’ve sometimes made music outside of the club standards and it’s mainly the case in this new EP. It’s not really a choice, it’s more about dealing with inspiration and accepting that sometimes I find some drumless or downtempo tracks more motivating and exciting to work on than some other more formal demos I have in stock. Even though as a DJ I deeply love playing heavy four to the floor techno or house tracks, when it comes time to make and record music, I feel more comfortable if the musical field is more open.

What are next month’s highlights for you, any releases ahead? Maybe touring plans?

“The Ascent” EP is released on my label Vulture, and I’ve decided to breathe new life into the label after a long hiatus as well. So there will be more music from me in Spring 2020 on Vulture, and also some previously unreleased Vulture goodies and remixes to be released as well. I have not planned to perform live yet, it sounds like huge step for me, modular synthesizer are not presets based, it’s all about patching and finding the sweet spot during experimentation sessions, and replicate this set up on stage seems very difficult to me. So for now I’ll keep on touring as a DJ.

Last but not least, what single night out has been the most memorable for you as a DJ? As an attendee?

As a DJ I would say in New York, when I played the MOMA PS1 closing set in September 2013, it was a very beautiful post summer day, sunny but not too hot. The whole day was very pleasant, waking up early, walking in the city and slowly getting nervous about the gig to come. Then I arrived at MOMA, the place was packed, I started to play and realized that the crowd was in a super good mood and very open minded, I started my set at day time and ended at night time, last set of the season, it was really cool, relaxed and all about the music, a kind of magical moment. As an attendee, I couldn’t choose, but it drops me back to the early 90’s, when I was not involved in music making but just a late teenager having fun in the underground Parisian Rave scene, dancing with his friends in some weird places, on some heavy techno and house tracks.