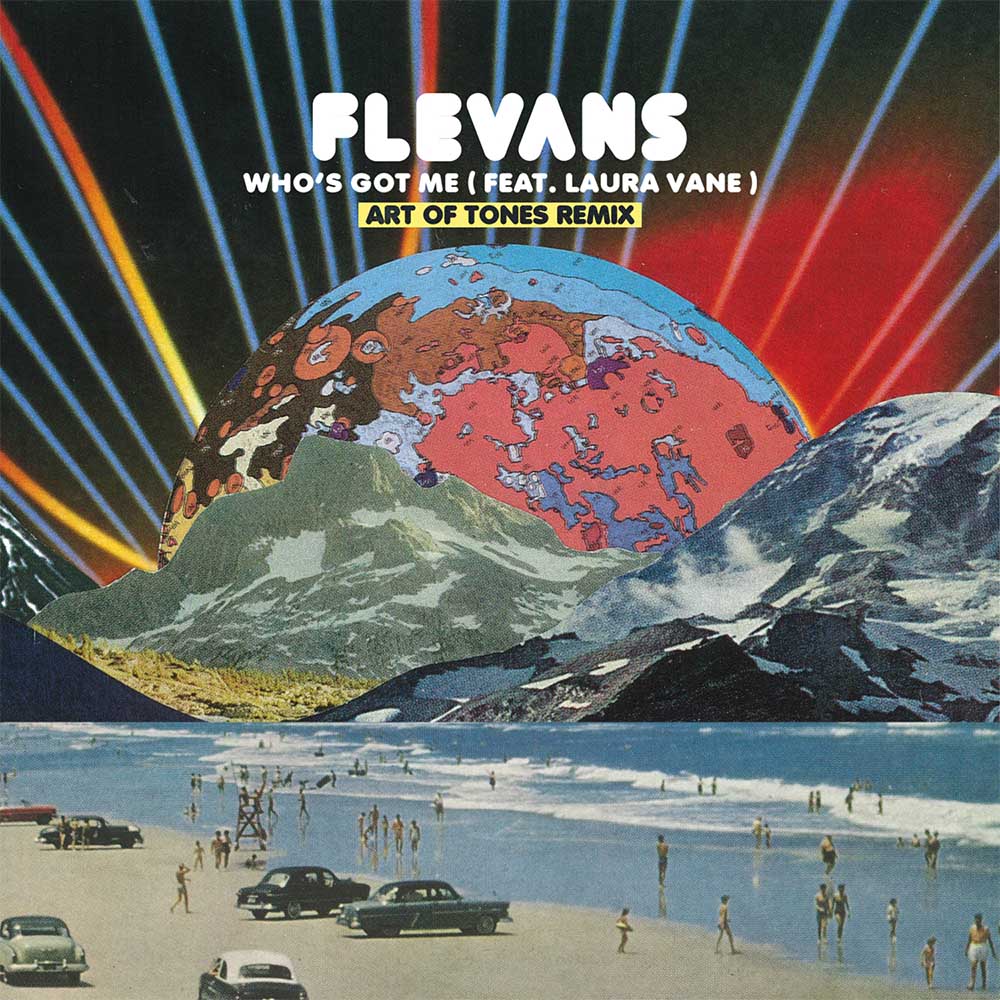 Multi-instrumentalist/producer extraordinaire – Flevans has been on fire the last few months. With more plays across the BBC 6Music and Radio 2 than you can count on all your limbs combined, his recent singles have proved to be a huge success on the air-waves.

Following up this early enthusiasm with the stellar LP ‘Part Time Millionaire’ in March the album was received very warmly by critics and fans alike.

The first of those album tracks showcased at the tail end of 2018 was the funk-laden ‘Who’s Got Me’ which boasted the sensational Laura Vane (MJ Cole, Cee Lo Green) on vocals. It seems appropriate then that ahead of a new set of high calibre remix releases that this track is once again first in line for airing.

French producer – Art of Tones has got some serious heavyweight fans with the likes of Diplo, Mistajam, Annie Nightingale, and Gilles Peterson all supporting his releases in the past. He’s had a purple patch of his own in recent times with his debut album on respected Swedish label – Local Talk selling out in no time on its release last year.

He’s not messing around when it comes to remixes either, turning in a thrilling nu disco version that has a hint of early 80’s Quincy Jones about it as he  ramps the funk up to 11 with an all-out synth attack…

It’s a dancefloor bomb that’s ready to explode and comes complete with a dub mix to give the discerning DJs out there the choice between two equally impactful club weapons to add to their crates !

The Art Of Tones Remix is now out via Jalapeno Records. It came with an Extended and Dub Mix – you can pre-order the full 3-versions-album on Bandcamp.