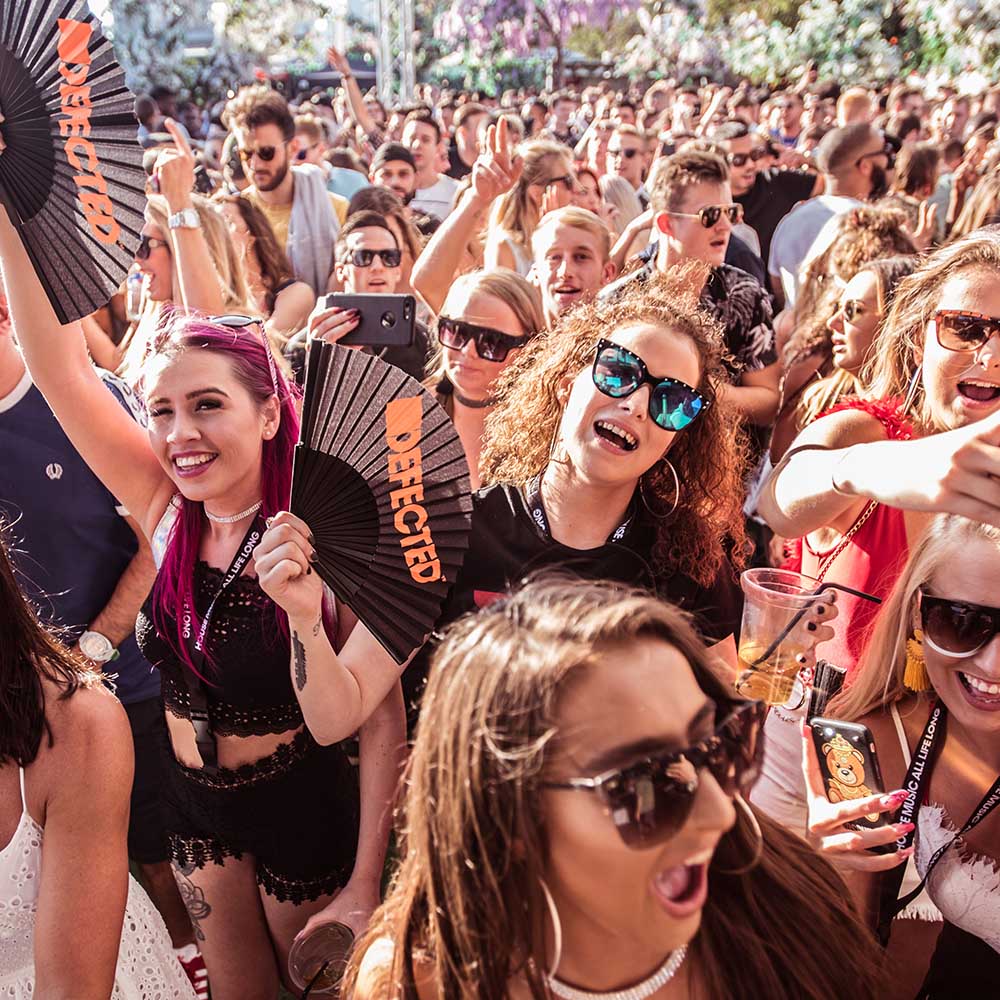 Defected’s international summer schedule of events has been released, featuring festival stages and parties in London, Belgium, Bristol, Ibiza and the Netherlands. All roads lead to Croatia for the fourth installment of the Defected Croatia festival, where 80+ world-class artists converge in Tisno for six days of boat parties, beach parties and main stage house hedonism.

The Road To Croatia tour will run from April to August, kicking off at London’s E1 for a debut at the warehouse venue, bringing house hero and technical wizard Karizma, Defected favourites Sam Divine, Riva Starr, David Penn and Robosonic, as well as emerging DJ and producer Austin Ato on Saturday 6th April. The next two stops will be club events at Versuz in Hasselt, Belgium with British duo Gorgon City headlining for the first time for Defected, the night before Belgium’s Labour Day public holiday on Tuesday 30th April. Gorgon City will be residents at Defected’s Ibiza season in Eden, San Antonio which opens on Friday 17th May, with a monstrous line-up including MK, Sam Divine, Low Steppa and Simon Dunmore. Following that will be a run of Defected stages at Lakedance Festival in the Netherlands on Saturday 18th May, We Are FSTVL in Upminster, UK on Sunday 26th May, Extrema Outdoor in Belgium on Saturday 8th June and a debut Defected appearance at the Netherlands’ 18HRS Festival, bringing Low Steppa, Monki, Riva Starr, Ferreck Dawn and more. Defected have one final festival stop on Saturday 3rd August at Eastern Electrics in Morden Park, London before heading to Croatia on Thursday 8th. That’s after Todd Edwards, Sam Divine, Mambo Brothers, Low Steppa, Ferreck Dawn and Dario D’Attis head to Bristol on Saturday 8th June for a day and night party at Motion, keeping up a summer tradition for the extended Defected raves at the DJ Mag Top 11 club.

Defected events are world-renowned for being a ‘no frills, just house’ concept. Celebrating the label’s 20 years in the business, Defected continues to consistently deliver events with the sharpest production, best sound systems and line-ups showcasing the very best in global house music. Under the slogan HOUSE MUSIC ALL LIFE LONG, the Defected team work year-round to bring the Defected standard to fans around the world, seeking out the best festivals, clubs and venues that share the same vision. Defected Croatia is a highlight of the Defected calendar, the lead-up events inviting house music lovers around the world to join the annual pilgrimage.

For all tickets and info see https://defected.com/events. 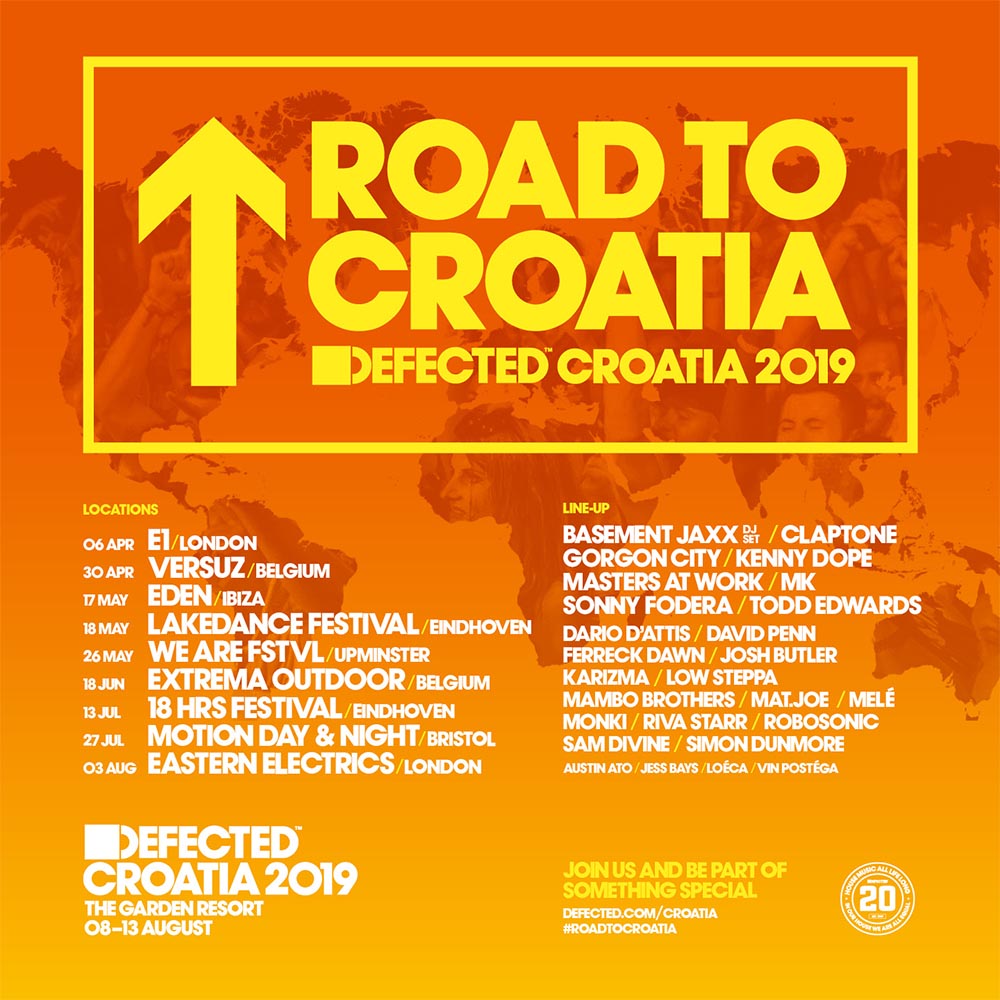