Home | Blog | Interview | DUBSET : How To Remix Like A Pro 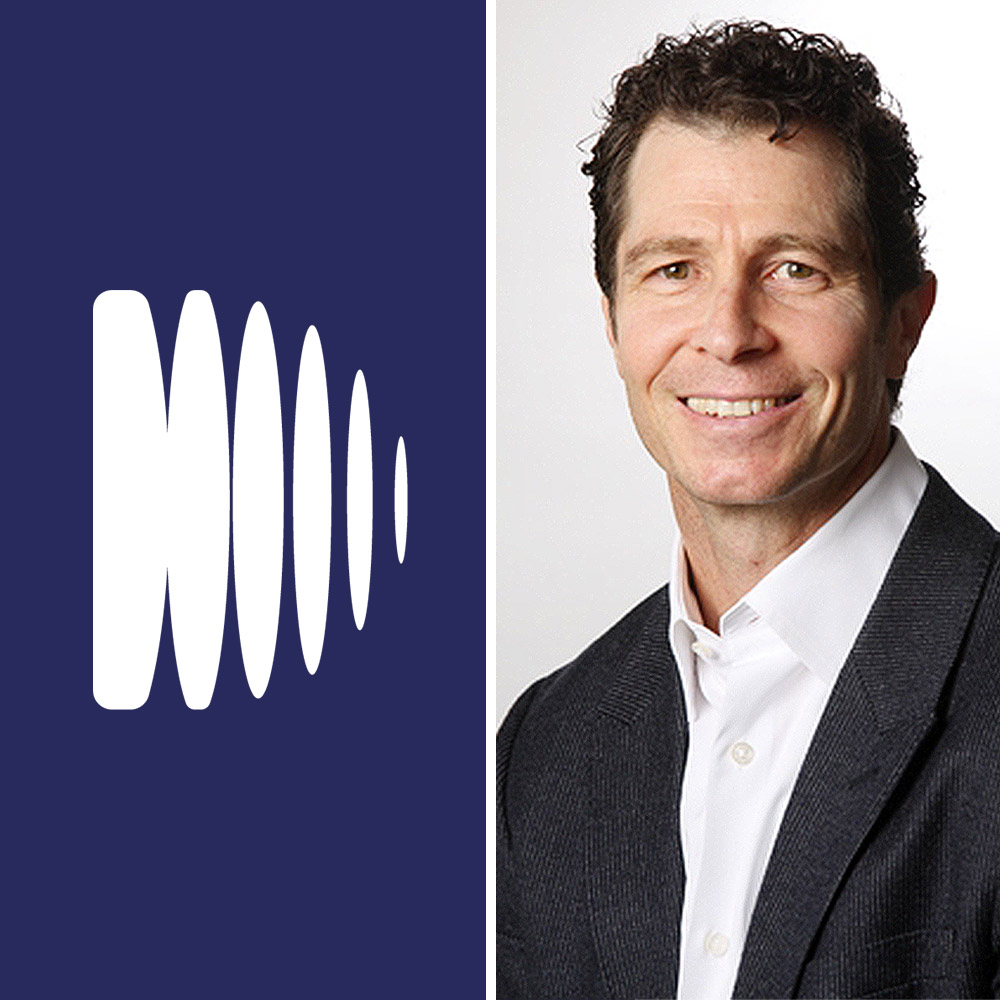 We had a chance to sit down with Mitch Rubin, Vice President of DUBSET Media to discuss progress that’s been made in the, so-called, “unofficial” remix area.

Pleasure to have you Mitch, could you tell us a little bit about yourself and DUBSET Media ?

Thank you, for having me. The pleasure is mine.

About myself: I’ve been involved in music publishing for over 25 years and have been with Dubset for about 18 months. I spent the first 11 years with the original BMG Music Publishing in New York, London, and Sydney. I held several senior management positions there, the last being the Managing Director of BMG Music Publishing Australia from 1995-2001. After a few independent, entrepreneurial things, I became Global Head, Music Publishing Business Affairs for Nokia’s (& subsequently Microsoft’s and Line’s) music services including Comes With Music and MixRadio.

I’ve been fortunate enough to have witnessed the evolution of the industry from physical sales to various compelling digital offerings.

As for Dubset, In a nutshell, we’re a young company focused on using technology to enable legal distribution by DJs of User-generated content to subscription streaming services, while providing Rights Holders with tools to better control and monetize their catalog in these types of uses. As you know, virtually all of this content currently resides on user-generated ad-supported services. By making the content available to legally licensed subscription services, we expect the fans of this music to migrate to subscription streaming services for the benefit of all stakeholders.

On the content distribution side, our partners are currently Apple, Spotify, and Tidal. We are in discussions with others and hope to add more in the future.

On a high level, MixBANK works as follows: Rights Holders that join send us their metadata; they choose which of our distribution partners they wish to make their content available; and, through the tools we provide, set any usage rules. DJs upload mix and remix content. The technology in MixBANK analyzes and identifies the underlying master recordings, attributes the associated metadata – both master and composition – to the recordings, runs it through a cross-clearance network, and once the content clears, it is distributed to the selected partner services. It all happens in near real time. It’s pretty amazing.

We tag each piece of content with a unique identifier so when plays are reported by the service to any licensing entity, the content can be properly identified, claimed, and paid to the correct rights holder.

Recent highlights are a Mix Room in the Apple Music Service called DJ MIXES + LIVE SETS that is substantially populated by content from Dubset, including mixes from Steve Aoki, Oliver Heldens, and underground darlings like Green Velvet and Latroit;  and powering the Mix Series in the recent partnership between Apple and Ministry of Sound.

Nowadays about anyone with a laptop has the ability to sample or cover his favorites tunes (with more or less talent) and put it online in the blink of an eye.

The simple answer is that it’s illegal. Neither I nor Dubset support distribution of unlicensed copyrighted material. There are a host of other issues associated with distributing unlicensed content, both philosophical, and economic.

You’ve hit on some really important points. First, the fact is that unlike, say synchronizations, the volume of user-generated Mix and Remix content being created is too large to handle with one-off licenses each time. It requires a scalable solution and that’s what Dubset has created.

Second, because it’s so simple to create content and upload it without clearing, the solution for legal clearance has to be simple. Our mission – at least for user-generated Mix and Remix content – is to make it easy for anyone, from a professional DJ, to the person using their laptop and software in his/her bedroom, to create great content while at the same time satisfying Rights Holders that their content is properly licensed, identified, claimed, and compensated.

The Music Industry is famous for being called a “Jungle”, wich can be a bummer for mosts Artists. How does DUBSET manage to deal with Rights-Holders, Record Companies and Publishers at the same time ?

I certainly wouldn’t characterize the Music Industry as a jungle. I agree that it has its inherent complications, especially with respect to composition rights.

Having said that, I believe that dealing with Rights Holders involves credibility and persistence. Relationships help, too. But I think that any company that is trying to sell a service must be able to articulate a credible value proposition and be willing to understand, appreciate, and address the issues and concerns of the Rights Holders.

To be fair, not all Rights Holders have the same attitude, either. In my view, the more forward thinking ones see the benefit in experimenting, getting real-world feedback, and seeing what does or doesn’t work. They understand that at the end of the day, fans decide who is and isn’t successful. These rights holders recognize that there are a lot of fans of UGC Mix and Remix content and want to satisfy the consumer demand. Others, for reasons that are rarely articulated, choose to stay on the sidelines, and only participate after others take the plunge, so to speak.

I should mention that Rights Holders that are on MixBANK have the ability set usage rules for any of their artists, songwriters, tracks or compositions, so I’m not quite clear why any Rights Holder would choose not to participate and reap the benefits of what I see as a significantly undervalued market.

I think that we’ve done a great job of balancing the interests of Mix and Remix content creators and Rights Holders to satisfy a consumer demand, mainly in the US, and we’re now hoping to do the same outside the US.

Soundcloud has often been criticized for hosting such unlicensed Remixes. On the other side many Artists & Users have been complaining about not knowing how to deal with these copyright matters.

What’s your advice for Artists & DJ’s who benefit from the “sampling era” ?

I’d rather not comment about SoundCloud’s licensing practices. I should also point out that we should make a distinction between Covers and Remixes. Cover recordings are usually covered by statute or convention in most countries, so they wouldn’t be something involving Dubset. Remixes, on the other hand generally involve some kind of alteration of the original recording and composition which are usually not covered by statute or convention and thus require approval of the copyright holder. So I’ll limit my answer here specifically to User-generated Mixes and Remixes – not cover recordings – if that’s ok.

As I said, we believe that all distributed content that uses copyrighted material should be licensed and I encourage people using the content to seek proper licenses. I realize that it’s challenging but it’s the right thing to do. We built our platform to simplify the clearance process for those DJs who’s work is based on copyrighted content.

My guess is that with the ratification and eventual implementation of Article 13 in the EU, unlicensed content on UGC sites will diminish significantly. Our hope is that these players come up with a solution like we have at Dubset with services like Apple, Spotify, and Tidal, which does not stifle the creativity of the people generating the Mix and Remix content, and also enables legal distribution. Needless to say, we are happy to work with the EU and/or any music service, including UGC services, to make this happen.

For instance, one of our Artist , @AxMod built his career on such popular mixes & remixes.

Is it possible for him to submit DUBSET with works that are already online ?

Yes, of course AxMod can join Dubset as a Creator, upload his content, and if the underlying rights holders in his creations are on the Dubset platform and have not set any blocks on the content he is using, then we can see that it gets distributed to any or all of our partners: Apple, Spotify, and Tidal (with hopefully more to follow).

You get all kinds of users on DUBSET, from Single independent newcomers to 360 managed artists :

Is everyone equal or does the Artists popularity have an impact on the outcome ?

Dubset is totally agnostic about artist popularity, but I have to make a qualification. Dubset is overseeing a very complex operation in terms of the fact that clearing User-generated mix and remix content requires the ability to identify and attribute rights holders interests in content that has been altered in some way AND ensure that they are properly compensated.

The reality is that not every songwriter, artist, label, etc., for whatever reason – rational or not – wishes his or her content to be used in this manner under certain circumstances. For that reason, we provide Rights Holders with the ability to set rules on how their content is used by DJs seeking distribution to our service partners.

So, to answer your specific question, although I’ve rarely seen it used, Rights Holders can control to some degree which DJs are able to use their content. On the other hand, prior to MixBANK, only top name DJs had access to a lot of content because only top name DJs had the leverage and cachet to get license agreements. Virtually all of the content available on MixBANK is available to all DJs.

Let’s say, for example, a DJ uploads a 60 minute mix containing 20 different recordings and it gets cleared. Once cleared, we will distribute the mix to our partner music services. Since the clearance is done prior to distribution, our platform would have already identified all of the underlying recordings in the mix and attributed the underlying rights holders’ metadata – both master and composition information.  – so if it gets played, the proper licensing entities will be able to identify the usage in the services’ activity reports. Without going into the details, the Licensing Entities are able to accurately claim, and pay the proper righs holders the royalties they are due.

Reverse thinking, is it possible for any user to access a pre-licensed music library ?

Yes; when DJs join MixBANK, they have access to our cleared catalog. While some DJs simply upload content that they’ve created, DJ’s also have access to lists of content that is fully cleared and can create mixes and remixes from that content if they wish.

Last but not least, what can we expect for DUBSET in the near future ?

We always have new things happening. Can’t give you much details, but you can expect announcements on new participating rights holders (including bringing in some French music publishers to the platform; I’ve been working with the great people at CSDEM to that end).

This is public, but I don’t think that it’s gotten the publicity it deserves. We recently started a pilot program with Apple which you can find in the Dance Genre under DJ Mixes + Live Sets room. Most of the content that you’ll find there came through our MixBANK platform.

We are launching an API to our platform that will allow third party software, hardware and service providers to integrate with Dubset in ways that are very exciting for content creators.  This will enable seamless integration into the tools that DJs. Producers and content creators use every day and make it super simple to submit content for clearance.

Finally, we are also in discussions with another company to help bring legal stems to the market place – hopefully something on that soon.

Many thanks for your time Mitch and for fixing the music industry.

No worries; always happy to chat. We’re doing our best!!