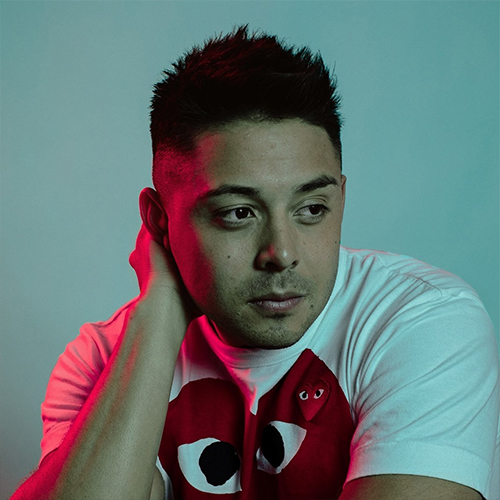 The hugely talented Miami producer Alyx Ander has teamed up with fast-rising Croatian duo Dallerium to produce an unmissable House version of the Jennifer Hudson classic: ‘Spotlight’. A widely recognised talent, with Pete Tong himself premiering his debut track ‘Close Enough’, Alyx also needed a special voice to do justice to a Jennifer Hudson track, and it’s the U.S. vocalist Kaleena Zanders who’ve been the perfect one, delivering a stunning vocal on this incredible version.

This house rework of ‘Spotlight’ has a groove all of its own, and grabs the attention from the very first note. Kaleena’s uplifting vocals and harmonies build alongside perfectly produced pianos, hooky bassline and drum rolls, to deliver huge feel-good drops that are set to get hands in the air as they tear up dancefloors around the world. An already-guaranteed smash hit, this is another demonstration of Alyx’ scope of talents. Having released music on labels such as Armada, Spinnin or Big Beat, and enjoying support from the likes of Tiësto, Sam Feldt, Don Diablo and many more, Alyx is ready to spend another successful year!

More than a review, Sidekick Music had the chance to ask a few questions to the US prodigy, to discuss the release, music, future plans, and many more.. Enjoy!

Hey Alyx, thanks for your time! Let’s begin with yourself, can you tell us a bit more about you?

Hey! Thanks for talking with me. I was born in Queens, New York, which is where I spent the first half of my life. I went to high school at LaGuardia aka the “Fame school” for singing, and afterwards moved to Miami for college and went to the University of Miami. It was in Miami that I first became intrigued by producing. I started by watching as many video tutorials as I could on YouTube and sites like Sonic Academy. Fast forward a few years, I released my first track, ‘Close Enough’ and that pretty much launched my career. My style has evolved a bit since then as I try to incorporate my love of so many different styles and genres of music. You can hear a lot of that in my productions today. Outside of producing and DJing, I’m a huge, HUGE anime fan… shows like Fate/Zero, Boku no hero Academia, and Naruto Shippuden being some of my faves.

You’ve made a great impression with the just-out ‘Spotlight’! What’s your recipe to cook these treats? Any inspirations?

Thanks so much, I’m so glad you dig it! For me, it’s all about having an emotional connection to the music and wanting to play that piece over and over, which I do all the time;  you should see my current play count on Billie Eilish’s ‘No Time To Die’ – it may or may not be slightly crazy. If I find myself playing a new track in my car after leaving the studio, at home while cooking, and then waking up and dancing to it, I know I have something fantastic. Take ‘Spotlight’ for instance, my manager introduced me to Dallerium and as we crafted the track, I found myself listening to its different incarnations religiously throughout the day. Once Kaleena came on, it was the only thing I listened to for quite a while, and that’s when I knew we had something special.

Following your inspirations, any artist you would love to work with?

There are a number of artists I’d love to work with including:

I have a combination of vocal tracks and more underground/club tracks that are slated for release throughout the end of the year. I’m stoked because it’ll give everyone a good variety of music and showcases my different production styles.

Quick bonus-question, what makes a good party for Alyx Ander?