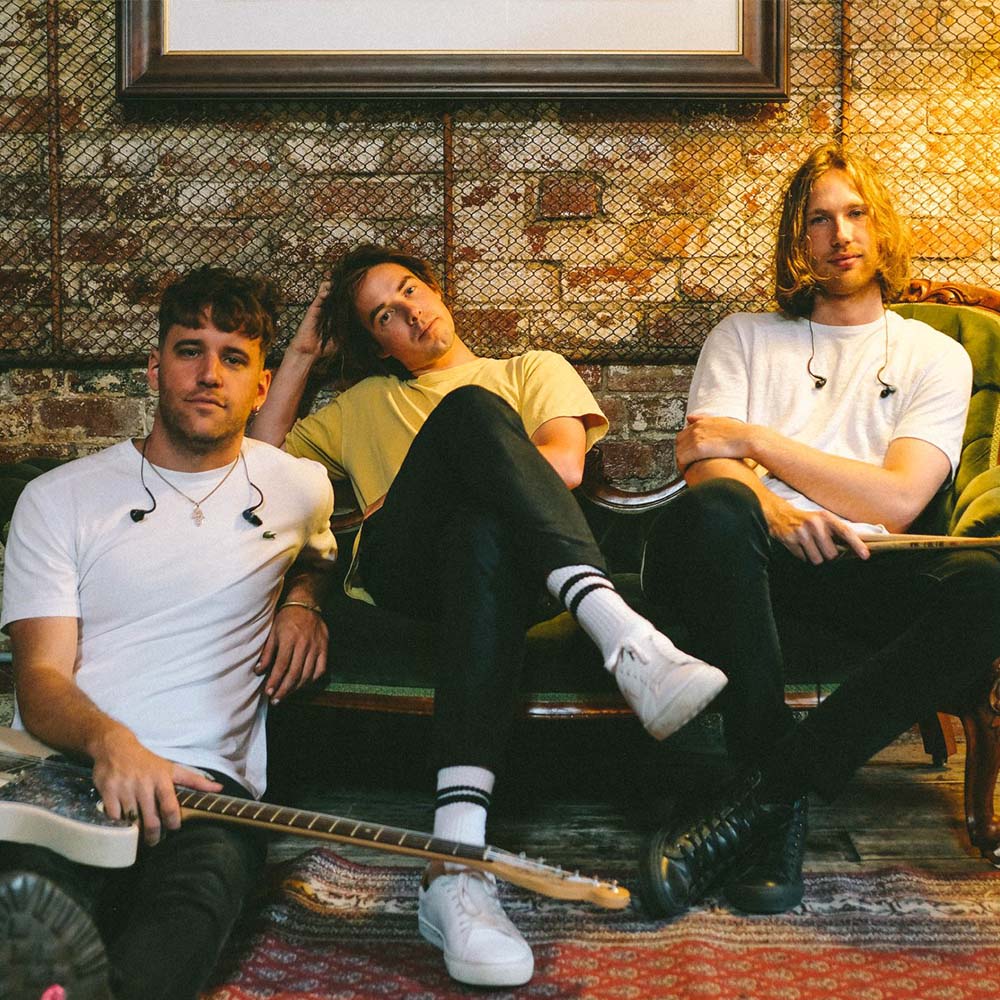 Crooked Colours have today released their second album ‘Langata’, an atmospheric new world overflowing with addictive beats and soft, hook-laden vocals.  Featuring singles ‘I’ll Be There’, ‘Do It Like You’, and the latest fan favourite ‘Hold On’, ‘Langata’ is sure to impress from start to finish. After a hugely successful run alongside massive acts Billie Eilish, MØ and Nick Murphy at Groovin’ The Moo, Crooked Colours are about to embark on an epic national headline tour to celebrate Langata, hitting up Fremantle, Brisbane, Coolangatta, Sydney, Melbourne, Canberra, Wollongong and wrapping up in Newcastle on June 9.  With the first Forum Theatre show in Melbourne quickly selling out, and the second show not far behind, fans would be smart to snap up tickets to the Langata tour as soon as possible. Joining Crooked Colours on the headline dates will be fellow triple j faves Nyxen and Kayex. 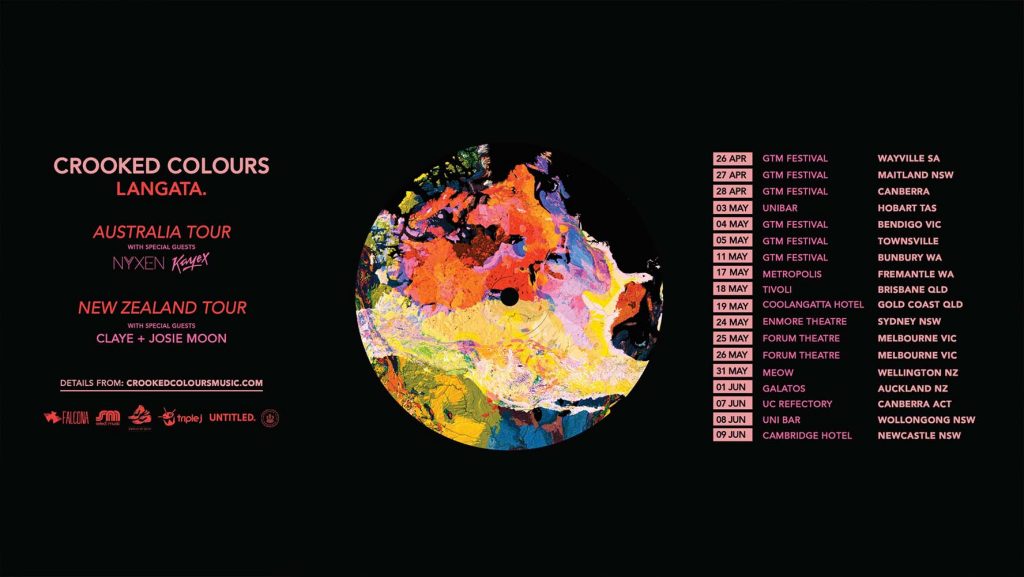 Hold On opens with a dreamy, swirling synthesiser, then blossoms into a hook-laden electronic dance pop jam, buoyed by percolating rhythms and sharp synthesisers.  It feels like a love song, but there’s a darkness there; as Philip Slabber’s gentle vocal dives smartly in and out of the layers of the track, it’s impossible not to feel moved.  Hold On has become a fast fave amongst fans new and old, with over 1 million combined streams, a killer premiere from tour partners triple j, and radio support from stations across the globe.

The world that Crooked Colours have created on Langata is deep, hypnotic, and often breathtakingly beautiful.  The singles are highlights, but there is so much more to this record – Never Dance Alone featuring the fabulous Ladyhawke is meditative, tender, and soft, while I C Light is deep and heavy.  The entire album is a journey from start to finish; one which presents new sonic intricacies with each repeated listen.  Written, recorded, and produced entirely by Crooked Colours, and mixed by Tim Watts and David Wrench (Frank Ocean, The xx, Caribou, FKA twigs), Langata contains multitudes and is a masterclass in the ecstatic simplicity of electronic dance music. Speaking about the album Philip Slabber says “We’re so excited to introduce Langata to the world today.  We feel that Langata carries forward what we created with Vera while including what we learnt connects with fans while touring around the world.  We’re incredibly excited to release this record – we also can’t wait to perform it across Australian and New Zealand on our upcoming tour.”

After taking Australia by storm with their ambitious and impressive new live show, Crooked Colours will be heading overseas to perform at some of the hottest festivals in the world, including Bonnaroo and Firefly festivals, plus more.  Thrilled to be hitting the road, Liam Merrett-Park enthuses, “We have been so humbled by the response to our tour so far – doing two shows at the Forum Theatre in Melbourne is a dream come true.  Can’t wait to bring the new album out on the road!”

Crooked Colours have established themselves as one of the hottest rising acts with the debut Vera.  Now they are on track to become one of our biggest electronic exports with this superb sophomore release.