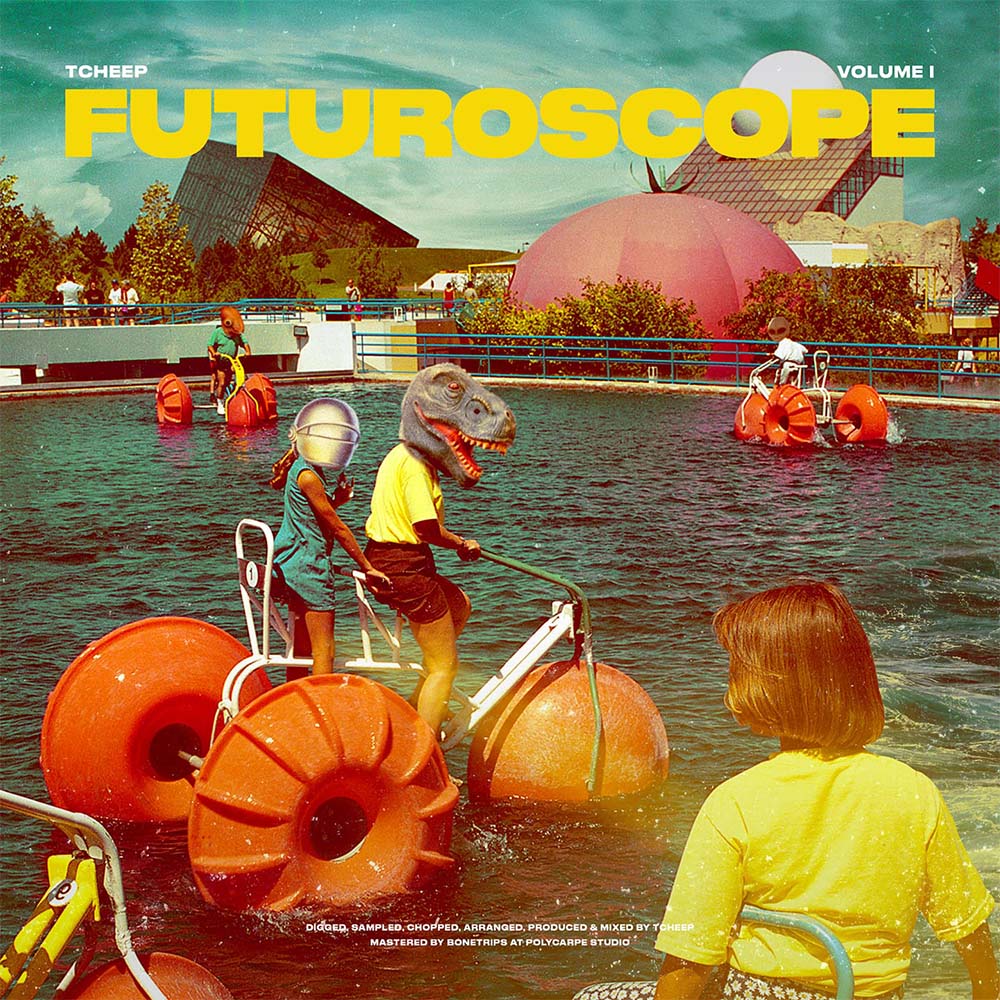 Spring 2019, Tcheep is back with a pure chill mixtape. Futuroscope Volume 1 consists of 14 tracks full of love and passion.

After his path as beatmaker of the French hip-hop band ‘Les Gourmets’, Tcheep co-founded Mutant Ninja Records to continue developing his own universe: selective sampling, rich rhythmics and chiseled compositions. Tcheep is often compared to Wax Tailor for his ability to create immersive ambiances, and he enjoys surprising the listener with smoothly integrated references and arrangements he diggs throughout his work. Since then, Tcheep has released several projects: Technodrome EP in 2013, Oasis Mecanic in 2014, and Imbéciles Heureux album in 2015 with his mate Liqid (and some notable featurings such as Kool Keith and Josman). Then the album Acid Monsters Temple was released in 2016, with a single Digging The Underground, that truly reflects the beatmaker’s state of mind.

In Futuroscope Volume 1, you will find east coast (KRS-One, MOP) and jazzy influences, with oriental and Eastern European touches. In his creation process, Tcheep reconnects with the “lo-fi” energy and spontaneity of his mixtape series “Les productions du dimanche”, released on Soundcloud between 2012 and 2014. The result is a multifaceted mixtape you can listen to anytime you want. It will delight chill beats amateurs, diggers, and SP-404 geeks. He adds also :

“This project totally reflects, a 36-year old beatmaker who has kept the same ardour since I began at 19, and even more productive !”

Today you have Futuroscope Volume 1, so enjoy and see you soon for what will come next… There’s something like 2019 will be a great year for Tcheep and above all for high quality instrumental hip-hop amateurs !