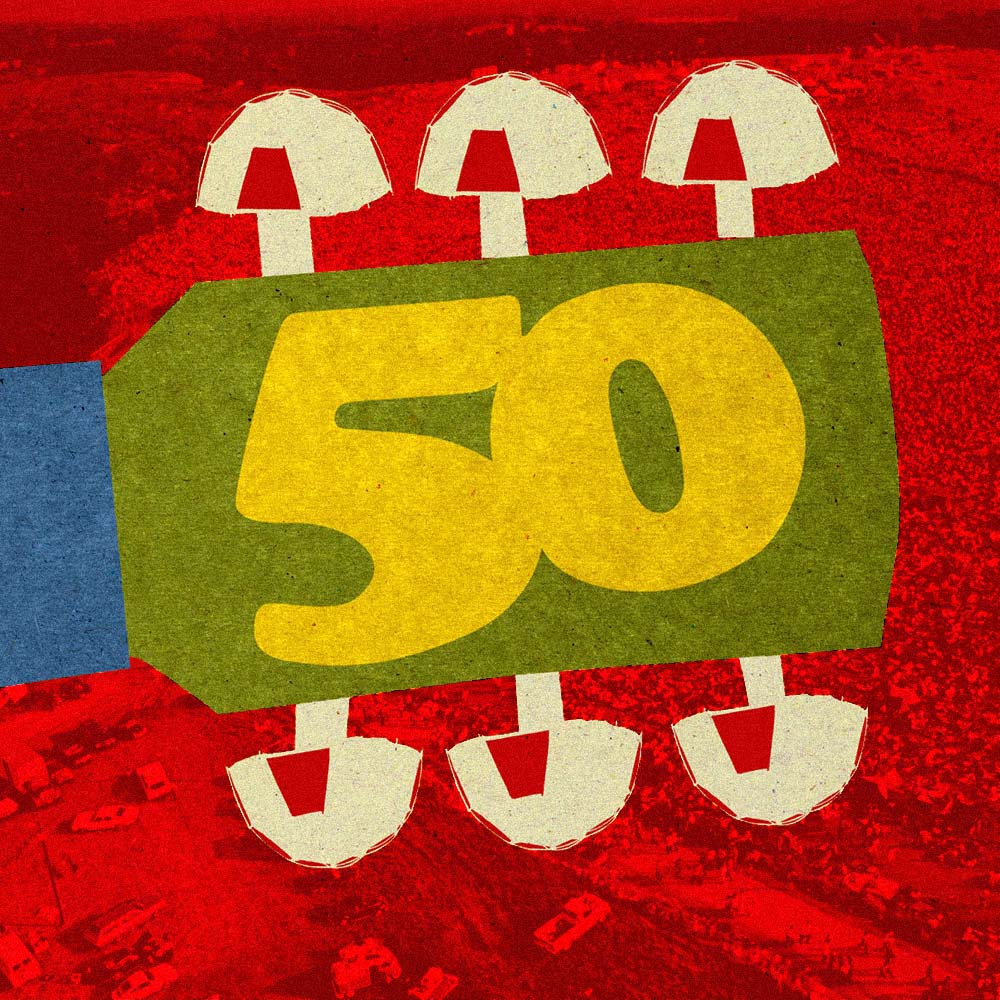 Is Woodstock 50 cancelled ? Unfortunately, it seems that yes… According to a statement issued to Billboard, organizers and main investor Dentsu Aegis Network of the long-awaited show released :

“It’s a dream for agencies to work with iconic brands and to be associated with meaningful movements. We have a strong history of producing experiences that bring people together around common interests and causes which is why we chose to be a part of the Woodstock 50th Anniversary Festival. But despite our tremendous investment of time, effort and commitment, we don’t believe the production of the festival can be executed as an event worthy of the Woodstock Brand name while also ensuring the health and safety of the artists, partners and attendees”.

We can read also, “As a result and after careful consideration, Dentsu Aegis Network’s Amplifi Live, a partner of Woodstock 50, has decided to cancel the festival. As difficult as it is, we believe this is the most prudent decision for all parties involved”.

Headliners at the three-day event (at Watkins Glen, New York on August 16th, 17th and 18th) included The Killers, Dead and Co, Imagine Dragons and Jay-Z. Other artists on the bill included Miley Cyrus, The Lumineers, Chance the Rapper, Sturgill Simpson, Halsey and Cage the Elephant, among many others, for a total of more than $30 million spent on the festival lineup. Organizers also enticed several veteran musicians from the original 1969 Woodstock to perform, including John Fogerty, John Sebastian, David Crosby, Canned Heat and Country Joe McDonald. Besides issues with financing and permits, organizers were growing increasingly concerned that the Watkins Glen International speedway would not be able accommodate the 100,000-person festival. Is the 50th Anniversary going to be a Fyre Festival 2.0 ? 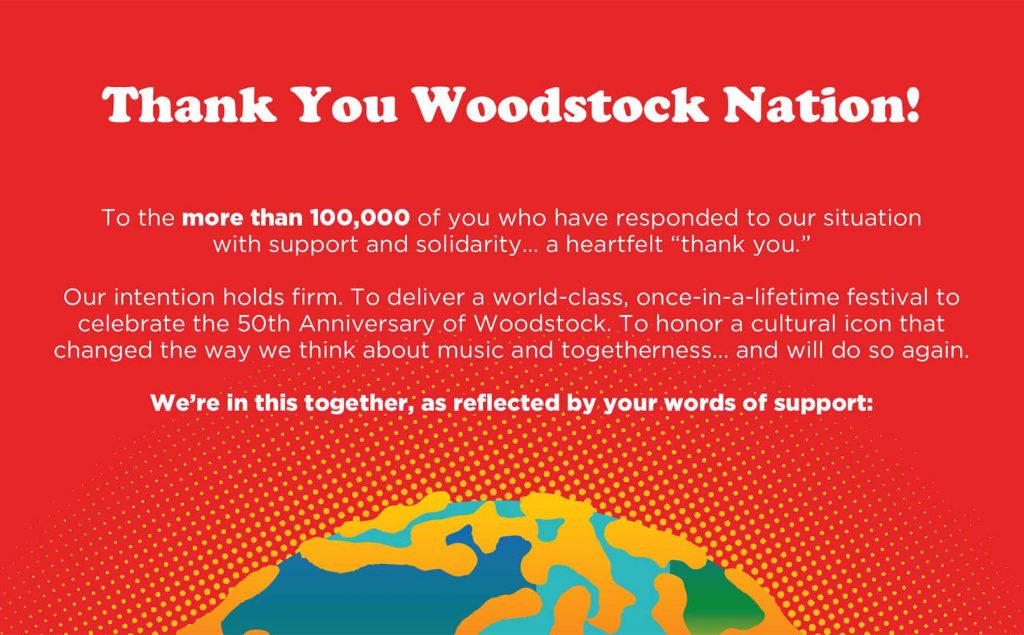