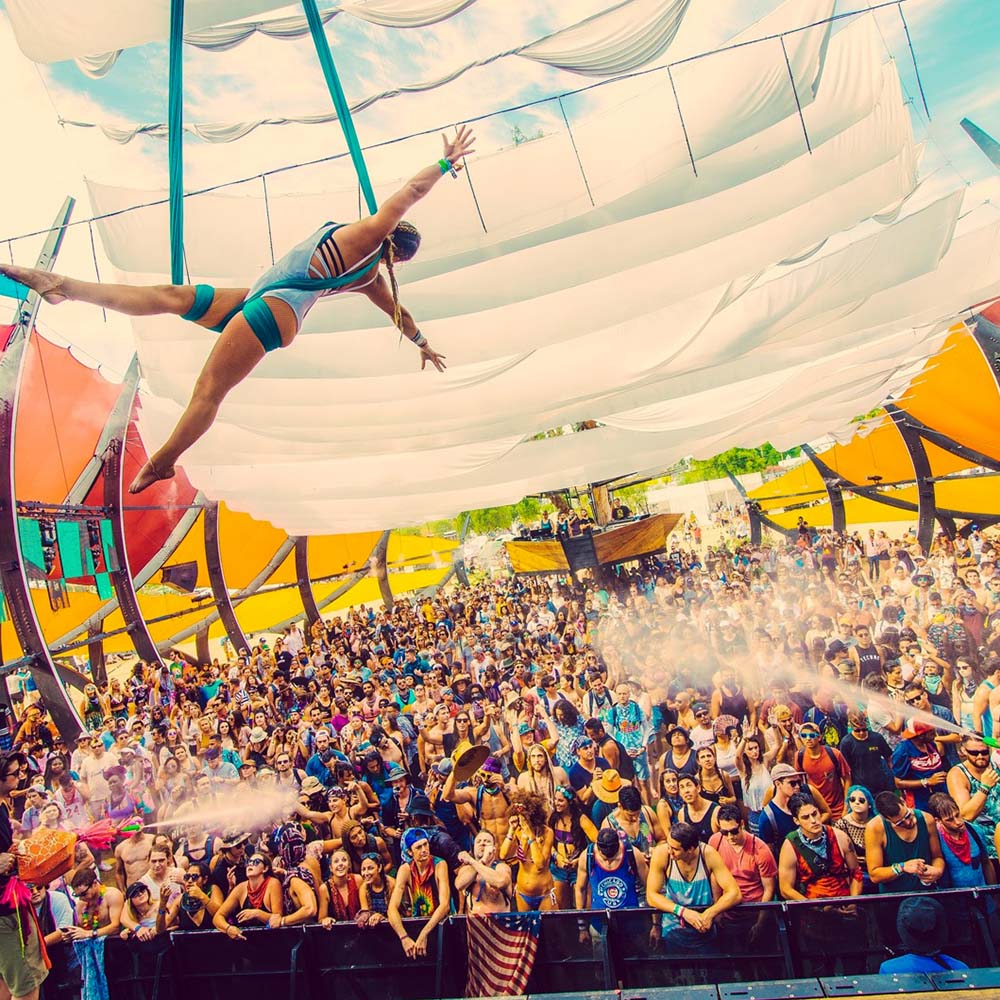 Coachella, the annual music and arts festival held in California, has announced its entire line-up for 2019 with some massive headliners and a lot of electronic talents.

We found as the three main headliners Childish Gambino on Friday, Tame Impala on Saturday and Ariana Grande to close the event on Sunday. Kanye West was widely rumored to be a headliner, but he reportedly bowed out due to disagreements over stage production, size and design.

We note this year the appearance from Bob Moses, RÜFÜS DU SOL, Kaytranada, Hot Since 82, Anderson .Paak and surprises like Gesaffelstein, Aphex Twin.

As usual, the festival is a varied bag of genres. We are awaiting the lineups for the DoLaB and Heineken House stages, that will surely be coming as we approach the festival. Check out the full lineup for Coachella 2019 below, and get ready for the general sale that is set for January 4, 11am PST. The festival returns to the Empire Polo Club in Indio, California from April 12-14 and then for a second weekend from April 19-21. 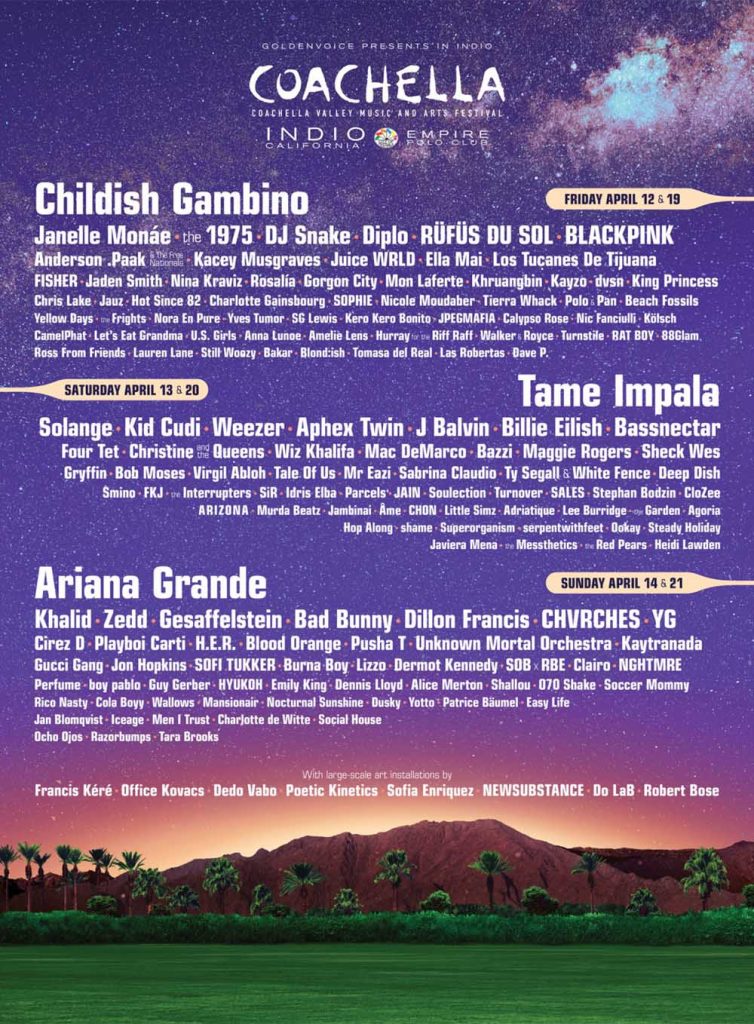