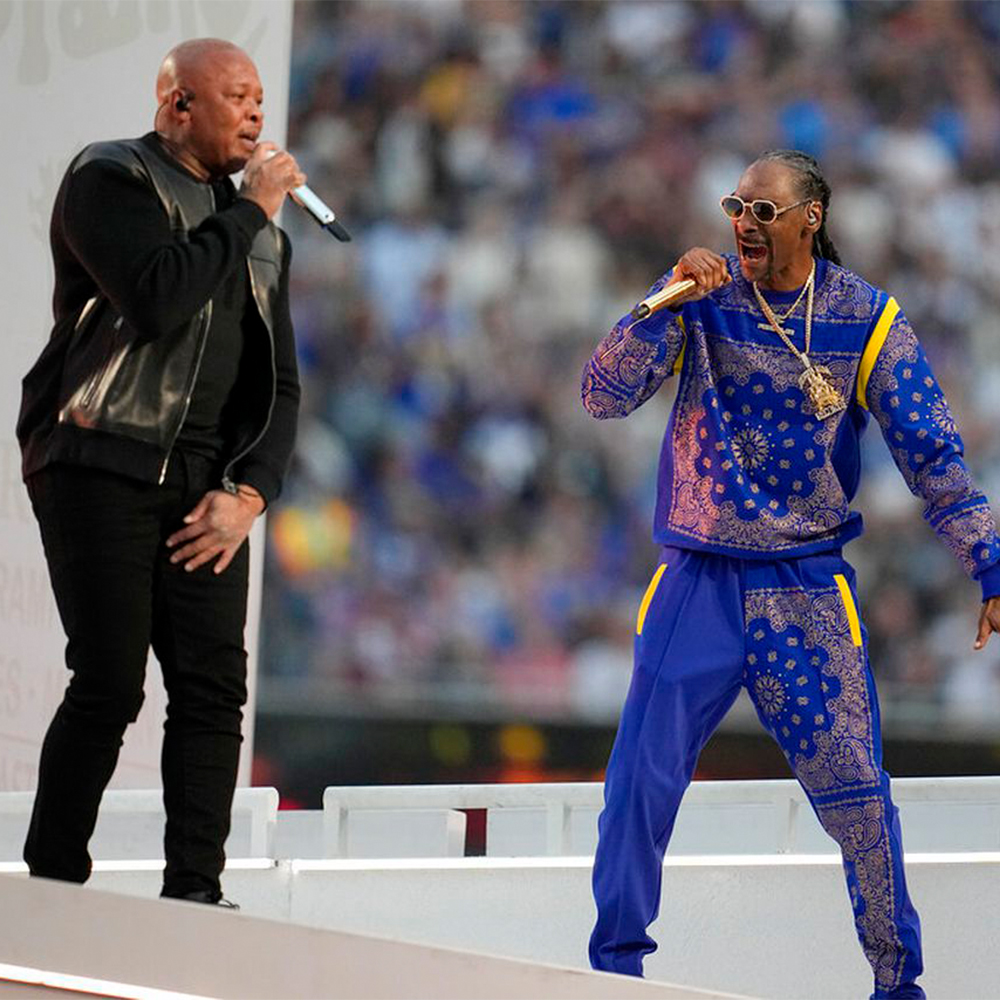 Every year, the halftime show of the Super Bowl finals, sponsored by Pepsi, is one of the most anticipated moments for viewers. The world’s biggest artists have performed there, including Lady Gaga, U2, Bruno Mars, Coldplay, The Weeknd, Michael Jackson, Justin Timberlake and many others.

When this year’s trailer  was released a few weeks ago, fans could hardly believe it. Five rap legends are on the bill: Eminem, Snoop Dogg, Mary J. Blige, Kendrick Lamar and Dr. Dre.

The show definitely lived up to expectations. For fourteen minutes, the 6 legends of American hip-hop performed their best songs to the delight of the 70,000 fans at SoFi Stadium.