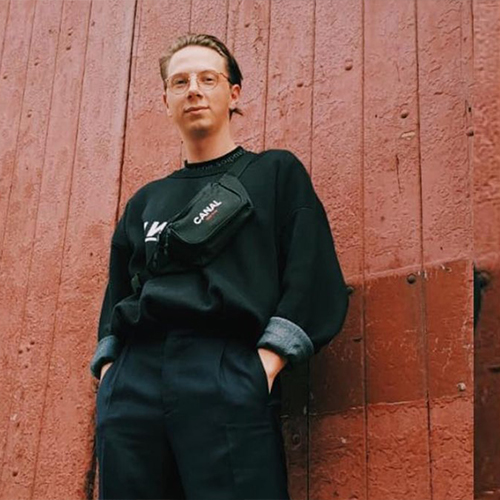 Multi-talented artist COHN makes his debut on the legendary Nervous Records with ‘Turn Ur Back’ and ‘Don’t U Change’: two timeless, heady House cuts that further establishing him as a producer of exceptional talent.

Built around a looped sample that will be familiar to fans of classic soul and house alike, ‘Turn Ur Back’ is dusty, evocative and urgent, with the lovelorn vocal perfectly complimenting the shuffling percussion and hypnotic groove. And with its lively bass line and shimmering synth lines, ‘Don’t U Change’ treads a lighter but no less engaging path, sweeping you along with its relentless energy and infectious groove.

To know a bit more about what’s behind this EP, Sidekick Music had the chance to ask a few questions to “Nathan” COHN – about creative process, future plans and more, so check it out below!

Hi Nathan, such a pleasure to have you! First of all, can you tell us more about COHN?

It’s a pleasure to be speaking with you! Yeah – Cohn is actually a pseudonym based on an old family name, it’s just the name I chose to work under to start producing this house/disco style. The project has mostly been about trying to make dance music that isn’t too in-your-face or too difficult to get into. Something that would sound good in a club or a bar and just make people want to dance. I wanted to make the music that I wanted to hear.
You’ve just made your debut on the legendary Nervous Records recently, with ‘Turn Ur Back’ & ‘Don’t U Change’, catchy titles! What’s your recipe to cook these treats? Any inspirations?
Of course, there are so many inspirations in terms of production style but the main inspiration for each song that I make is just the sample I use. It’s a different way of working compared to many others I think, because I take the sample first and then build the song around that. So it’s harder to take inspirations from contemporaries because if the sample doesn’t fit, the sample doesn’t fit. So basically, when I’m trying to get creative, I don’t listen to that much house, I just start digging for samples and see what comes to me.
What’s your creative process for making music? Maybe do you have some tips to share?

I could explain my exact process when it comes to making music, which, as I touched on earlier, involves playing around with samples until something hits me. But the main tip to share, which I wish someone had told me many years ago, is don’t let the frustration of trying to make something amazing get to you. You will feel frustrated, that’s ok, it’s a part of the creative process, and it’s important not to let that become too heavy. Just allow yourself to have writers-block for a bit and go and do some stuff that is a million miles from what you want to do creatively and let your brain clear. You can’t force the creative process.

What are next months’ highlights for you, any releases ahead?

I have a couple of things I’m working on right now; some more house, some more disco. I’m just hoping to make some great music that I love and then hopefully play some shows when the world returns. After the Spanish Flu in 1918, we had the “roaring 20s”, where everyone was partying and enjoying themselves, I’m hoping the end of COVID will bring this century’s roaring 20s.

Last but not least, what single night out has been the most memorable for you as a DJ? And as an attendee?

As a DJ, I had the opportunity to fly to Paris and play with the Ed Banger crew for one of Borussia’s release parties at Nuits Fauve, which was an insane party and something that I am super great full to Pedro and the team for. In terms of my own night as an attendee, there have been so many incredible experiences, but I would like to shout out The Block here in Tel Aviv. It’s a super underrated club on the global scene and I’ve had some amazing nights there. If anyone gets the chance to travel here, the club is definitely a must!