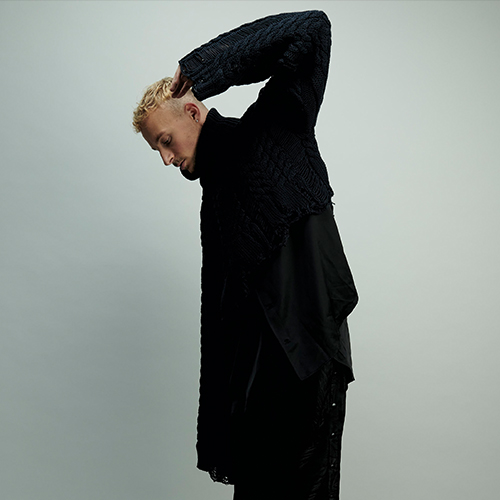 Lauded as the new generation of French electronic talent in his native country, Matveï‘s trajectory is on the rise. Having been brought up on a steady diet of French Hip-Hop, House and Bass, Montreal-based DJ & producer Matveï blends an exciting cocktail of House and urban club sounds, drawing inspiration from Kaytranada, Disclosure, or Metro Boomin to name just a few.

Great news today as you can find all these influences in his brand new EP named ‘Summer Collection’, out now via Kitsuné Musique. Combining his last singles, the EP features 5 real Deep-House gems that demonstrate once again the whole extent of Matveï’s talent:

And more than a review, we had the chance to ask him a few questions for the occasion – talking about music, future plans and more. Enjoy!

Hi Matveï! You’ve just released your full ‘SUMMER COLLECTION’ recently, what an EP! What’s the story behind it?

This EP was totally improvised. I wasn’t inspired for a while so I had planned a little Europe trip as soon as COVID would allow borders to open. Two weeks before leaving I was listening to a bunch of brazilian music and I came up with 5 ideas that later turned into songs as I traveled from Croatia, to Italy, to the south of France. These 5 songs ended up becoming my first EP !

What’s your creative process for making music? Maybe do you have some tips to share?

I don’t like to limit my creative process. That’s why I completely follow my instinct while making a song and forget about any possible limitations.

The purest form of inspiration is when an idea crosses your mind out of the blue, so it’s about materializing it as soon as it comes and not overthinking it.

What are next month’s highlights for you, any clues that we could get about upcoming releases or collaborations?

I have a few very interesting projects on the way which I can’t mention for now unfortunately… but just know that there’ll be plenty of new music released on a regular basis throughout the upcoming months.

Last but not least, what single night out has been the most memorable for you as a DJ?

It was this party in Lyon, my hometown in France. I was supposed to play a Hip-Hop set at peak time.

The place was packed and I connected with the crowd on a crazy level, going from a trap record to a house banger to more brazilian infused songs.

During my set I would jump from the stage into the crowd and start moshing with them before coming back on stage to make the transition for the next song.

And as an attendee?

I remember having a blast at a Justice concert a few years ago. My ex-manager got me a pass last minute so I just rushed to the venue to not miss anything.

The show was crazy. I remember screaming my lungs out when D.A.N.C.E came on. Justice has such a distinct universe and the energy they bring is so raw and authentic, I loved it.