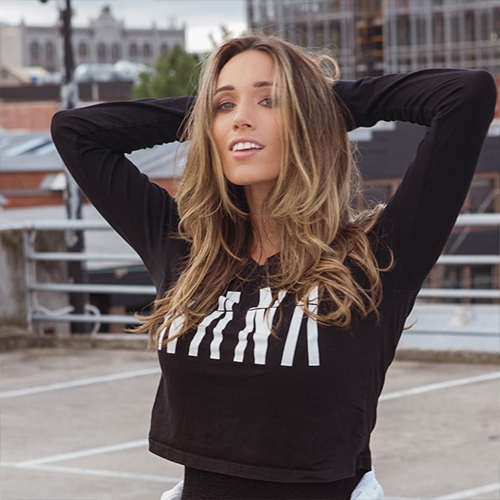 Melbourne’s rising-talent Chloe Wilson has quickly established herself as a distinguished DJ and producer. Her natural ability to connect with audiences through her energizing, tailored sets have seen her entertain crowds in clubs and at festivals such as Marquee Sydney or Ultra Music Festival; plus getting support from massive acts like Duke Dumont or Joel Corry at the same time.

Having the praise of audiences over the globe merely fed Chloe’s hunger to release her own compositions. Following remix packages on ‘Sorry’ and on Meduza’s hit ‘Piece of Your Heart’, she has now released her very first single on Hoxton-based record label Perfect Havoc, named ‘200 Years’, a collaboration with Ivan Gough – one of Australia’s most successful producers under his own name and under his TV Rock alias.

For the occasion, Sidekick had the chance to meet Chloe for a few questions about ‘200 Years’, and much more! All is below, enjoy:

Hey Chloe, such a pleasure to have you! So, could you introduce yourself in a few words?

Hey guys, thank you, it’s great to chat to you. In a few words, I’m a passionate house music artist from Melbourne, Australia, who has just released my first debut single and I am over the moon to share it with the world!

We’ve just picked your last gem – and debut single – ‘200 Years’, with legend Ivan Gough and NEIMY. Could you share an anecdote about it?

Absolutely, I’m so glad you guys love it. 200 Years is a special track for me… As you know, it’s my debut single and I am very proud of it. One of my favourite moments with 200 Years was playing it out loud at a house music festival on NYD this year before it was released. The crowd reaction was incredible and the feeling of seeing everyone dancing to your music is so rewarding! Now that it has been released, the buzz and feedback has been better than I imagined, and I am so grateful and excited!

You’re always experimenting new sounds. Is it important for you not to stick in just one genre?

I think it is important to stick to what you are about personally as an artist. House music is what I am passionate about and the emotion behind a track is a big focal point for me. It’s always great experimenting with new sounds, although house and melodic sounds are my flavour and will always be an element of my production.

You can expect to hear a lot more music from me, that’s for sure! 😉

Quick bonus-question, what makes a good party for Chloe Wilson?

Good people, good music and wicked dance moves. That’s the ultimate combination for me. You can’t go wrong. And maybe a cheeky shot of tequila while we’re at it!