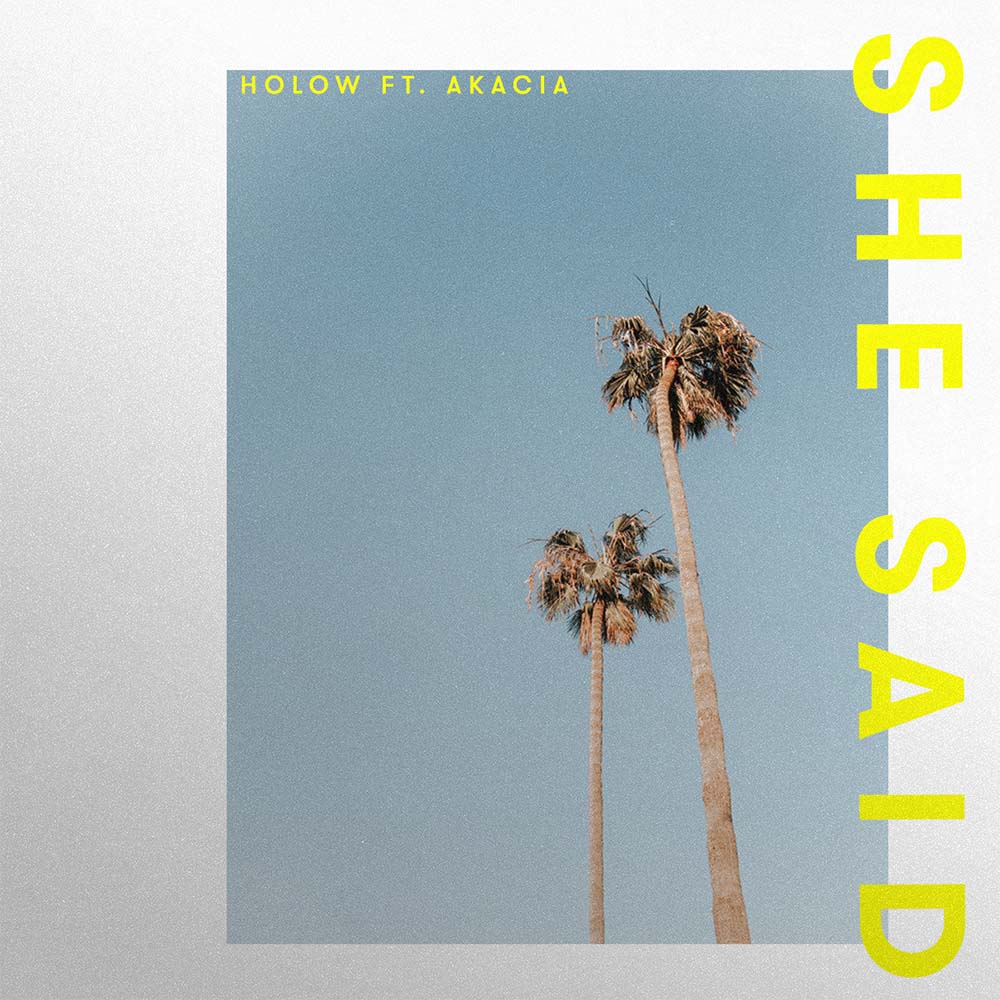 It’s a real pleasure to taste HOLOW’s delights again as he never disappoints:

With hints and bits similar to the early Disclosure era, “She Said” portrays yet again the neverending skills of Arthur- “HOLOW” Lasnel when it comes to rhythm. Akacia’s voice, as smooth and sweet as ever, perfects a summer tinted atmosphere.

And he masters the all-in-one recipe to make you sway. From Adore to Spotlight, and now with She Said, HOLOW is making another step towards success making sure he’s ought to become one to watch in 2019.