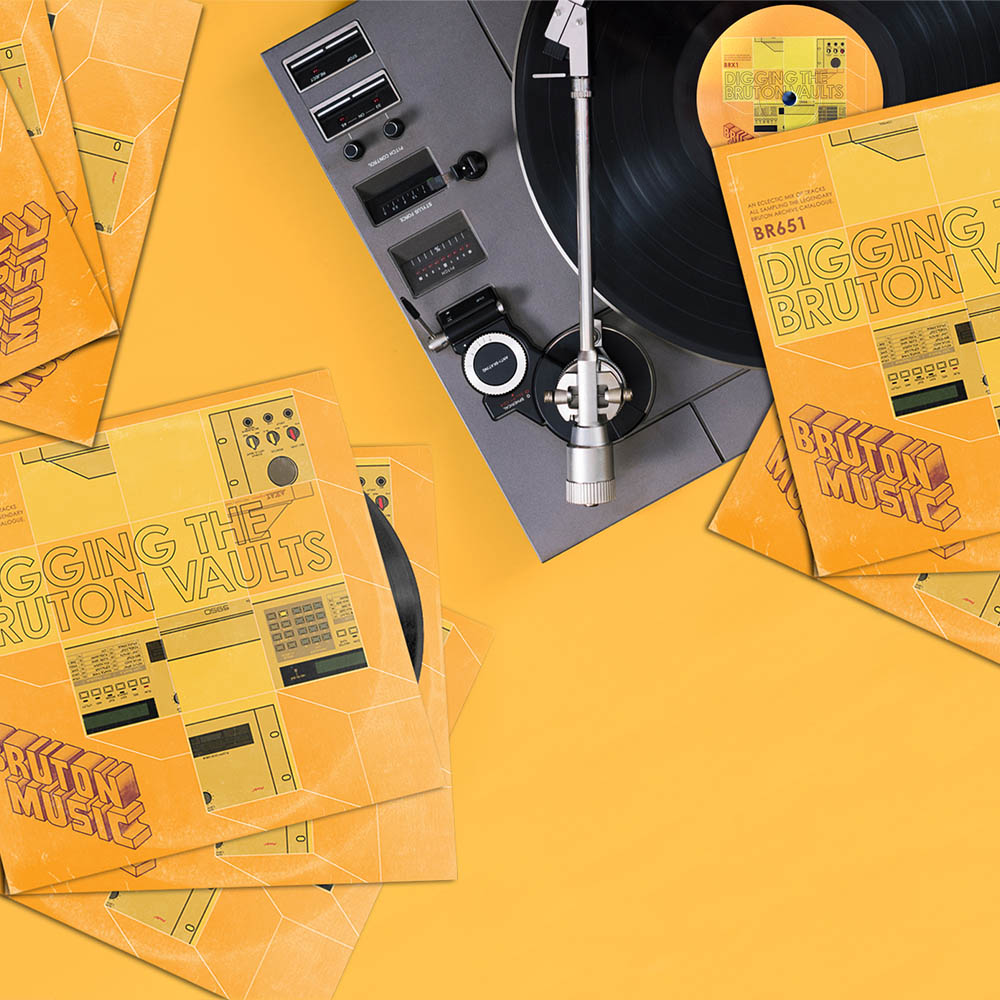 Bruton Music has long been a name synonymous with high-quality production music, with its vast catalogue spanning over 40 years. Originally aimed at Film, Television and Radio, the catalogue’s quality has not been lost on producers, crate-diggers and DJs alike, taking on a life of its own outside of the production music sphere. Bruton samples have also been used in a variety of well-known tracks. The likes of Kanye West, Kaytranada, Gang Starr, Erykah Badu have all borrowed music from this diverse collection, recognising the quality and adapting it to great effect. Many records from the catalogue have since become collector’s items for well-respected DJs and more.

Universal Production Music teamed up with Whosampled.com, and gave a group of the UK’s most renowned diggers access to the Bruton Vaults…Their challenge: To uncover the best hidden samples in the vaults.

They then passed these samples onto 20 up-and-coming producers, who competed against each other (and the clock) to make the best and most creative use of the samples.

The result: Samplethon – Digging the Bruton Vaults (BR651), 8 amazing new tracks – that hit the current wave of sampling/lo-fi hip hop – showcasing the winning entries produced at the event alongside tracks from the artists who made up the event’s panel of judges and mentors.

First place was handed to Bigg Kid, the youngest of the competitors at just 16 years of age! Packed with surprises, the winning track shifted from an intro of vocal harmonies to a hard hitting head nodder that married menacing pianos with sinister synth lines to great effect. A perfect mix of analogue sample sounds and futuristic electronics, Big Kidd’s track showed a different approach to many and rightfully won him the title. Now 19 and splitting his time between the UK & LA – Bigg Kid has gone on to work with Joey Badass, MF DOOM, Russ, Masego & more.

Flying in from Neapolis especially for the event was Italy’s Sup Nasa (2nd place) who won over judges with warm Rhodesy number that made clever use of a variety of samples from across the catalogue and displayed intelligent and well thought out arrangement.