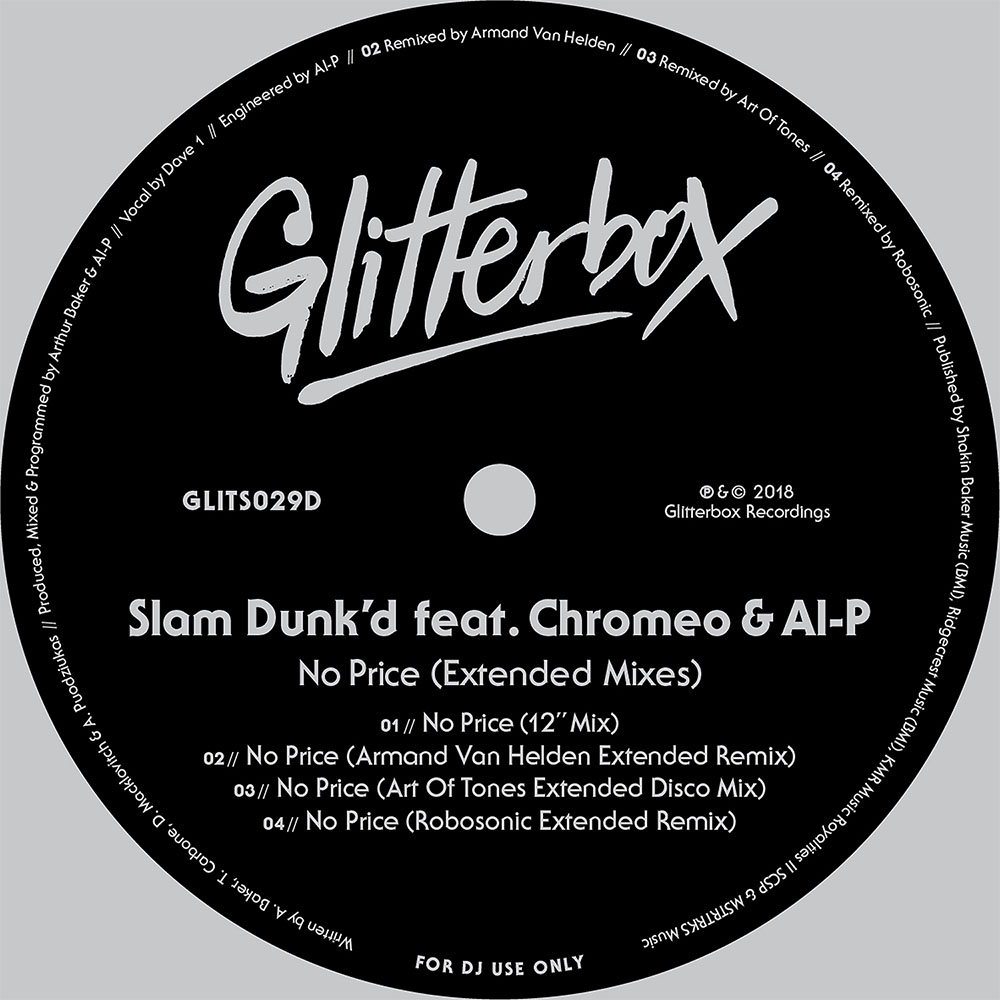 When you hear a track as good as ‘No Price’, it is unsurprising to find out it was made by one of America’s most established music producers. Arthur Baker, who has set out to get dancefloors moving since the 1970s, has collaborated with musicians such as New Order, Afrika Bambaataa and the Pet Shop Boys, and also works under the alias Slam Dunk’d. The framework of the instantly recognisable ‘No Price’ came from an unfinished cut Baker had produced 35 years prior, and has all the makings of a feel-good disco record. With vocals from award-winning Canadians Chromeo, the collaboration between them and Slam Dunk’d makes for a truly special record.

Now released on Glitterbox alongside three remixes, you can see why it still works as a dancefloor stomper. Armand Van Helden’s re-work is a real stand-out, as it intertwines genres seamlessly to give the track new life. Robosonic and Art Of Tones also bring their remixing abilities to the table, creating a dynamic and exciting release destined for the dancefloor.