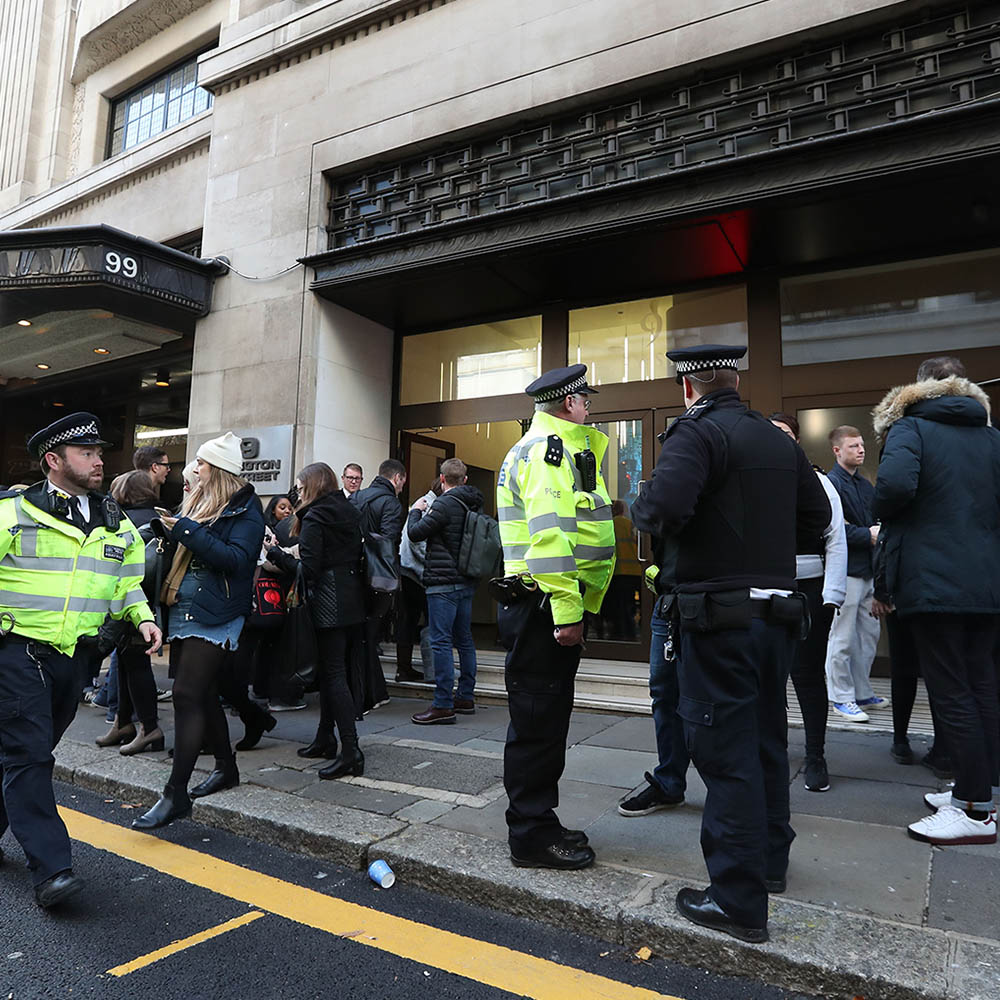 Two people have been injured this morning following a “violent altercation” at the Sony Music UK‘s Headquarters, in London, on High Street Kensington.

Firearms officers and paramedics were called to the building at about 11:00 GMT. The London’s Metropolitan Police said in a statement that “two people had suffered stab injuries, but their conditions are not life-threatening or life-changing”. The incident is not being treated as terror related, and involved two catering workers in the canteen, who “running around chasing each other”, said witnessees. A man has been arrested and the building was evacuated as a precaution.

Two people have been stabbed during an "incident" at Sony Music's headquarters in central London https://t.co/1OfQCSpCTA pic.twitter.com/7PcJIN0cAe