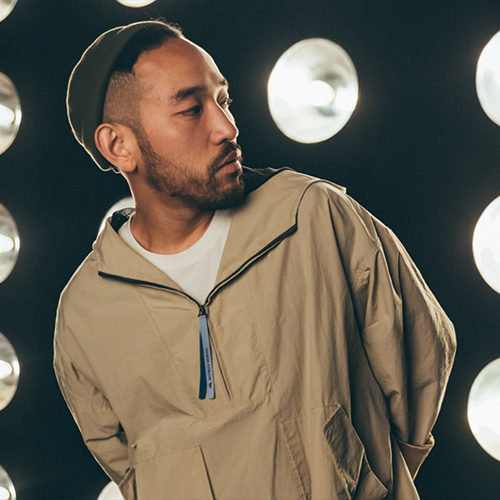 LA based DJ, producer & musician Pat Lok channels 90s house brilliance on the all out pop of ‘Salvation’, the next single from his forthcoming Gone is Yesterday EP on iconic label and fashion brand Kitsune Musique.

Pat Lok has shown time and time again that his style is very much his own. The LA-based producer’s signature blend of R&B, soul, and disco house was on tantalizing display in his previous release and in “Salvation”, he boasts the versatility and technique that signifies an artist at his creative best. From his performances to releases, Pat Lok spares no effort in putting every bit of his authentic self into his craft, seeking to establish a deeper connection with his fans via his art.

More than a review, Sidekick Music had to catch up PL to know a bit more about this huge release, and find out about what is to come from him with this new EP. All is below!

Hey, such a pleasure to have you! So, could you introduce Pat Lok in a few words?

I like snacks and traveling. I make and play groovy dance music, anything with a vibe. Right now I live in Los Angeles but I’m from Vancouver Canada. My best friend is a 95 lb german shepherd-husky-wolf mix named Obie.

We’ve just picked your last gem ‘Salvation’. Could you share an anecdote about it?

Last Fall I went to Berlin for the first time and was invited to visit Ableton’s headquarters. I used their studio for a day and met Sedric Perry and we hit it off. That morning I had sketched out some chords with these minimal snaps you hear in the intro. The inspiration came from this elevated, almost otherworldly space, just stacking all these harmonies and adlibs. By the end of the day, we had a song!

You’re always experimenting with new sounds. Is it important for you not to stick in just one genre?

I started DJing before getting into production and always loved different types of music, hip hop, soul and funk, and of course house/electronic. When I started production it was eye-opening to take these different influences and incorporate them into my music and it resulted in some different styles and speeds.

Now that you have unveiled this new single, what is in store now for Pat Lok fans?

I’m about to drop my new EP, ‘Gone is Yesterday’ in conjunction with a short animated film I created at the same time. For a long time I’ve wanted to pay homage to the things and people that shaped me into who I am, so there’s a lot of cultural influences from my childhood. One thing I learned, it’s challenging to script and storyboard a traditional epic narrative into an animated short – especially while simultaneously writing and recording an EP.

Finally, can you share five records that you can’t get enough of right now?